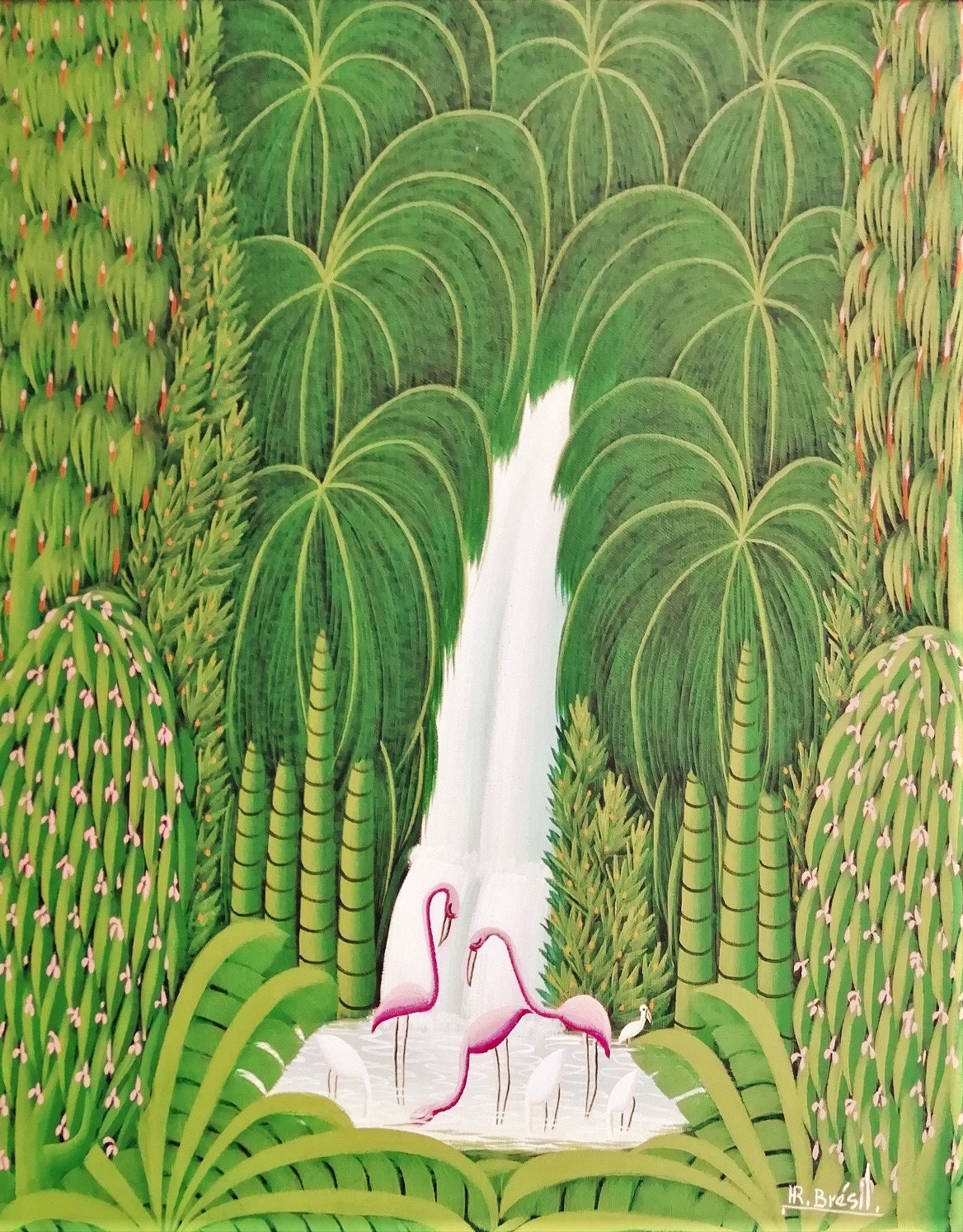 Henri Robert Brazil was born in 1952 in Gonaives. He painted quite young, but especially after 1973, when he moved to Port au Prince.

Soon enough, it imposes itself in the great jungle landscapes, with its stylized trees, green ensembles, but with notes of white, red and yellow: fruits, waterfalls, birds. The effect is very decorative.

He sells well, magazines make him known, we appreciate his perfectionism, the meticulousness of his touch and his drawing. In 1981, he was awarded the honorary prize of the UNESCO competition in Port-au-Prince. He has had numerous exhibitions in Haiti, Japan, the United States, Italy, Puerto Rico, Switzerland, etc. Many newspapers and magazines have praised his work, including Hostess Magazine, the New York Times and the Miami Herald ...