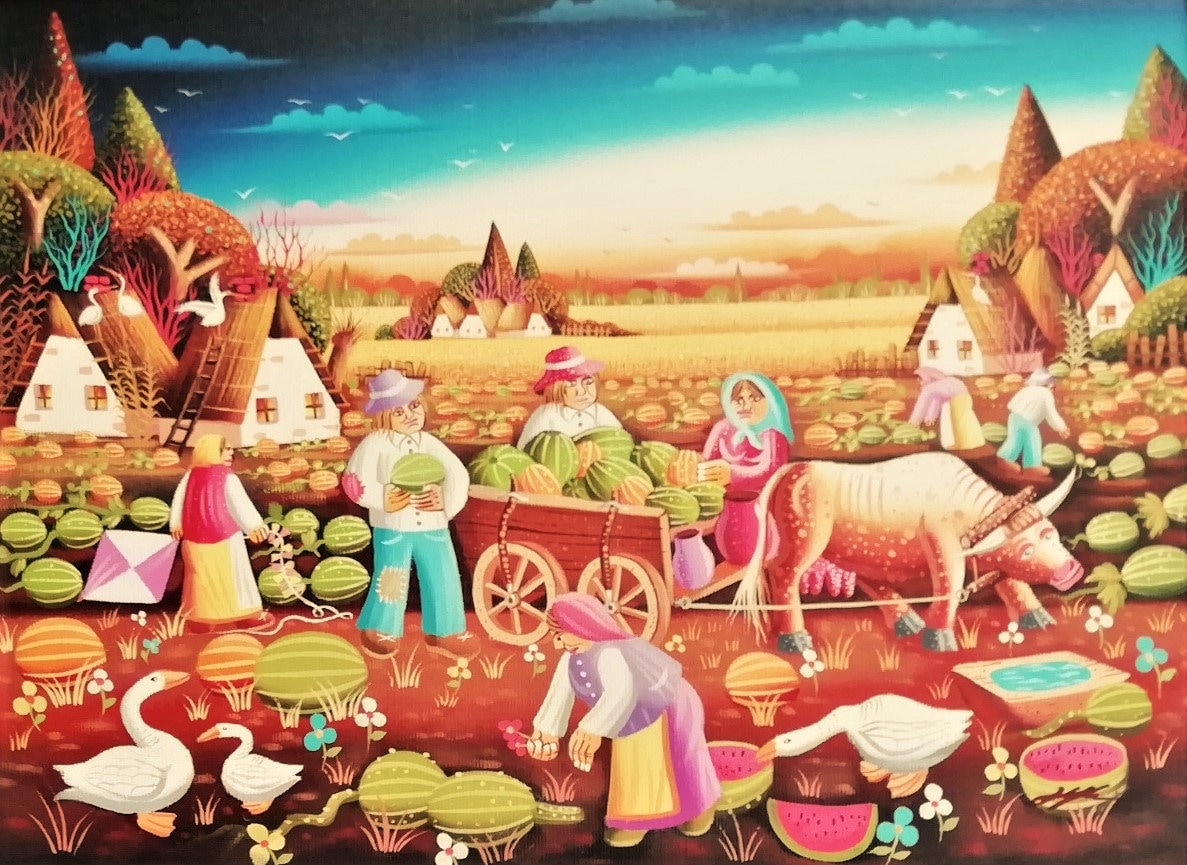 Mile Davidovic, citizen of the world, born on November 18 under the sign of the zodiac in double Scorpio in the region of the former Yugoslavia near the village Hlebine , world famous for the School of Naïve Painting (Generalic, Lackovic, Kovacic , Vecenaj ...). After Podravska Slatina, he lived in Mostar , Bijeljina (where he finished primary school, high school and music school). He has lived in Belgrade since 1977 where he completed Advanced School of Business. In his youth he was engaged in sports, folklore and modern dance and then he worked as head of the marketing sector of Film News , cameraman on Television SOS , reporter for Satelit TV magazine in Athens, Greece, where he lived for six years. He is the author of the first video cassette on computers in the former Yugoslavia and book on life abroad. His love for art, which he discovered while studying economics and decided to start painting. His paintings have been exhibited in about 400 exhibitions in nearly 50 countries on five continents and can be found in many Yugoslav and foreign galleries as well as in private collections. At international naïve art exhibitions, he has received numerous recognitions and awards. He has always given his paintings and his financial means for humanitarian actions. Since March 2002 he has been a member of the International Association of Naïf Art based in Paris mainly thanks to Ms. Martine Clouet who has noticed her extraordinary talent. Since that day, the whole world is his. Since October 200 5, he has been president of the naïve art association in Belgrade.