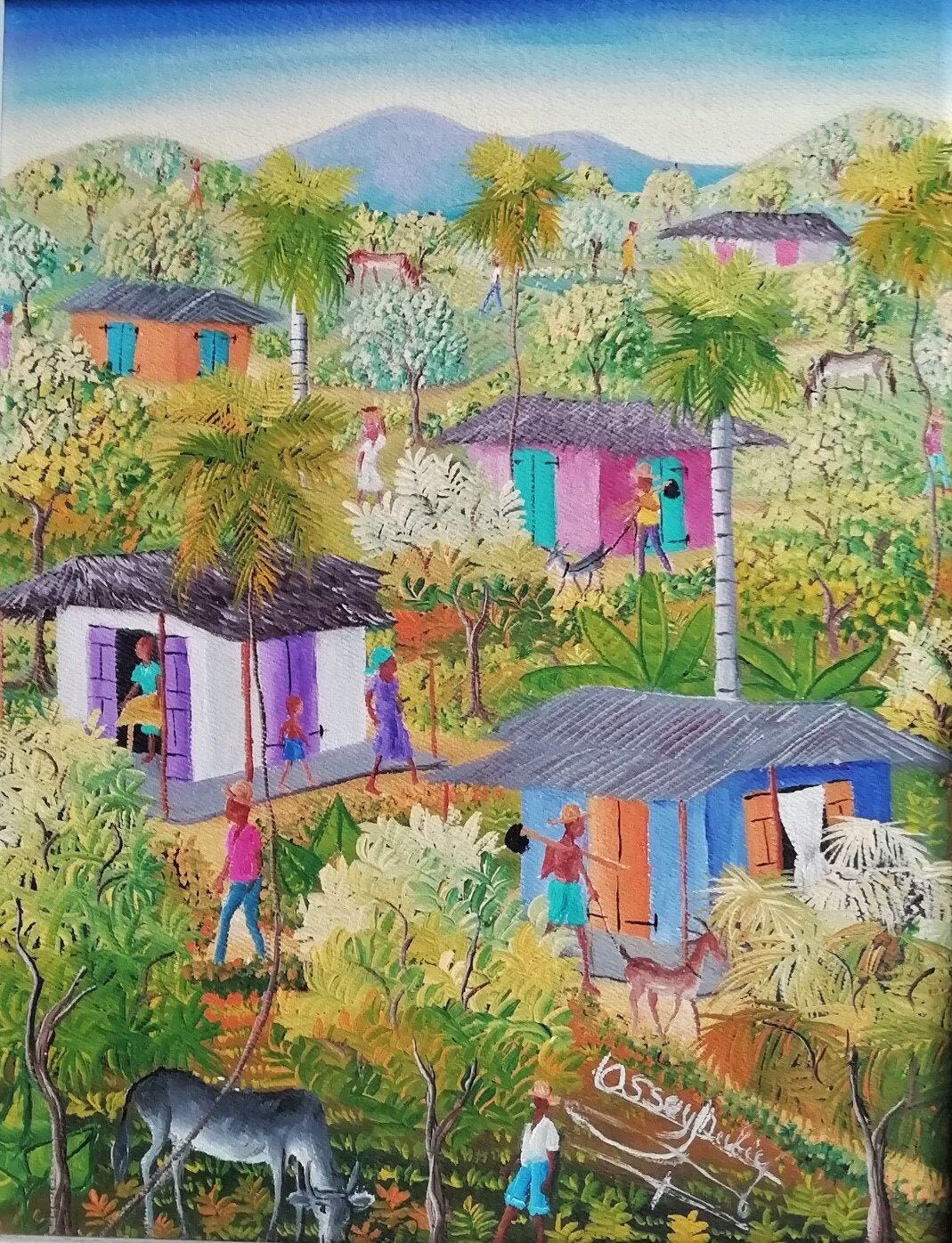 Ossey grew up in the rural and mountainous environment of St-Etienne and the surrounding communities, which served as a springboard and influence to establish his artistic base in painting. He began painting at the age of 24, displaying scenes of rural life on canvas. Very quickly, his talent and finesse capture the attention of art connoisseurs and galleries. The Haitian Art Centre was one of the first art institutions to host his painting in the late 1960s. Several other art institutions followed, which made the artist one of the most in-demand painters of his time as well as one of the best known. Ossey's pictorial work is part of the class of Haitian painters known as primitive landscapers. His sense of refinement, however, distinguishes his work from that of many other primitive painters, notably by its structural complexity (multiple mountains dotted with trees and bushes intertwining harmoniously, following an order of shapes and colors of which only the artist has the secret) and its very elaborate details (such as the foliage of trees and bushes), all crowned with a labyrinth of paths communicating with each other ,which street vendors, farmers and cattle keepers intersect. Not to mention the diversity of houses in color and their abundance. The artistic complexity of Ossey Dubic's work is to be highlighted.

Ossey Dubic's internationally renowned pictorial works have been exhibited all over the world, including In Europe, Asia, North America, South America and the West Indies.In 1995, Ossey Dubic was ranked as one of the 10 greatest Haitian painters of all time. The painter also appears in several Haitian painting books. His son the painter Pascal Dubic began to make himself known to the pictorial milieu in the 2000s and is one of the young promises of Haitian painting.